The mission of the Polish Olympic Committee is to develop, promote and protect the Olympic Movement in Poland, in accordance with the Olympic Charter. 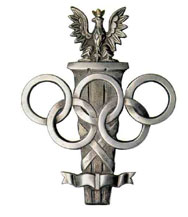 In accordance with the Olympic Charter, the Olympic Movement is the concerted, organised, universal and permanent action, carried out under the supreme authority of the IOC, of all individuals and entities who are inspired by the values of Olympism. It covers the five continents. It reaches its peak with the bringing together of the world’s athletes at the great sports festival, the Olympic Games. Its symbol is five interlaced rings.

Olympism is a philosophy of life, exalting and combining in a balanced whole the qualities of body, will and mind. The practice of sport, without discrimination of any kind, is a human right. Blending sport with culture and education, Olympism seeks to create a way of life based on the joy of effort, the educational value of good example and respect for universal fundamental ethical principles: friendship, solidarity and fair play.

In order to ensure the practice of sport without discrimination of any kind, the IOC has entrusted the organisation, administration and management of sport to independent sport organizations such as the National Olympic Committees (“NOC’s”).

The Polish Olympic Committee, borne by a social movement and encompassing prominent volunteers from the areas of sport and culture, is a nation-wide association of federations, sports organizations and other legal persons implementing the aims and tasks of the Olympic Movement, as well as tasks connected to the development of Polish sport. Established on 12 October 1919 in Kraków, for nearly 90 years it has been developing its active and multidimensional activities, creating conditions and organizing the participation of the Polish Olympic Team at the Olympic Games, promoting Olympism and propagating sport, incorporating the Polish sport movement into the international Olympic family and maintaining permanent relations between the Polish sport and the international Olympic Movement, taking diverse actions in the area of Olympic education as well as contributing to the long-lasting relations between sport and art.

The Polish Olympic Committee is an autonomous non-governmental organization, which has been enjoying a high level of social esteem. It has also been playing a dominating role in the Polish sport movement, since the beginning of its existence.

According to Article 1 of its Statutes, the POC is a non-governmental organization which independently establishes its goals, programs of action and organizational structures as well as independently establishes, by means of internal acts, the rules of its action and forms of implementation of its statutory aims. The POC preserves its autonomy and resists all pressures of any kind, including but not limited to political, legal, religious or economic pressures. The POC acts through its statutory bodies and the activity of its associated members and volunteers. On the territory of Poland, the POC has the exclusive right and authorization to use the Olympic symbols and the terms “Olympic Games” and “Olympic Committee”, as set out in the Olympic Charter.

The aims of the POC activity are in particular:

POC shall fulfil its statutory aims, in particular through:

The POC in its actions is driven by rules of environmental protection and sustainable development.
The POC in conduct of its statutory activities can provide social aid to Olympians.
The POC can pay rewards for results obtained at the Olympic Games as well as other awards connected with the implementation of the POC's aims.
The POC may establish a sport tribunal acting as a permanent court of conciliation for the arbitration of property disputes connected to sport activity, as well as arbitrate appeals against the disciplinary and regulatory decisions issued by appropriate Polish sports associations’ bodies,
Any dispute arising on the occasion of, or in connection with, the Olympic Games shall be submitted exclusively to the Court of Arbitration for Sport in Lausanne, in accordance with the IOC Code of Sports-Related Arbitration.

Partner of the
Youth Team